The summer my parents bought our cabin, we discovered the property was covered in wild blueberries. We picked them and ate them and made pies. After that first summer, it never seemed like they came back as plentiful.

Today on the trail, the blueberries were plentiful. It slowed me down because I was stopping to eat them. Normally I don’t like blueberries, but for some reason I love the tiny wild ones. Maybe it’s because it reminds me of that first summer at the cabin.

Since Stevens Pass doesn’t open until 9 am, I got to sleep in. I didn’t last long and actually found the cot less comfortable than my air mattress.

One of the moms of a hiker staying at the hostel has been following him and supporting him by car for the last week. She was staying at the lodge with us and made her son and his friends some breakfast. Luckily there was some leftovers and I got some pancakes for breakfast. Then she gave us all a ride back to the ski resort. It’s not far, but any non trail mileage is best avoided.

I picked up my food package from Stevens and then headed to their cafe for more breakfast. They had some pre made breakfast burritos so I got one of those. Then I got a chocolate milk. And a Red Bull. And as I was checking out I noticed they had smoothies. So I got one of those too. I drank my drinks and ate breakfast while talking to other hikers and employees of the ski resort. Then it was time to hike. 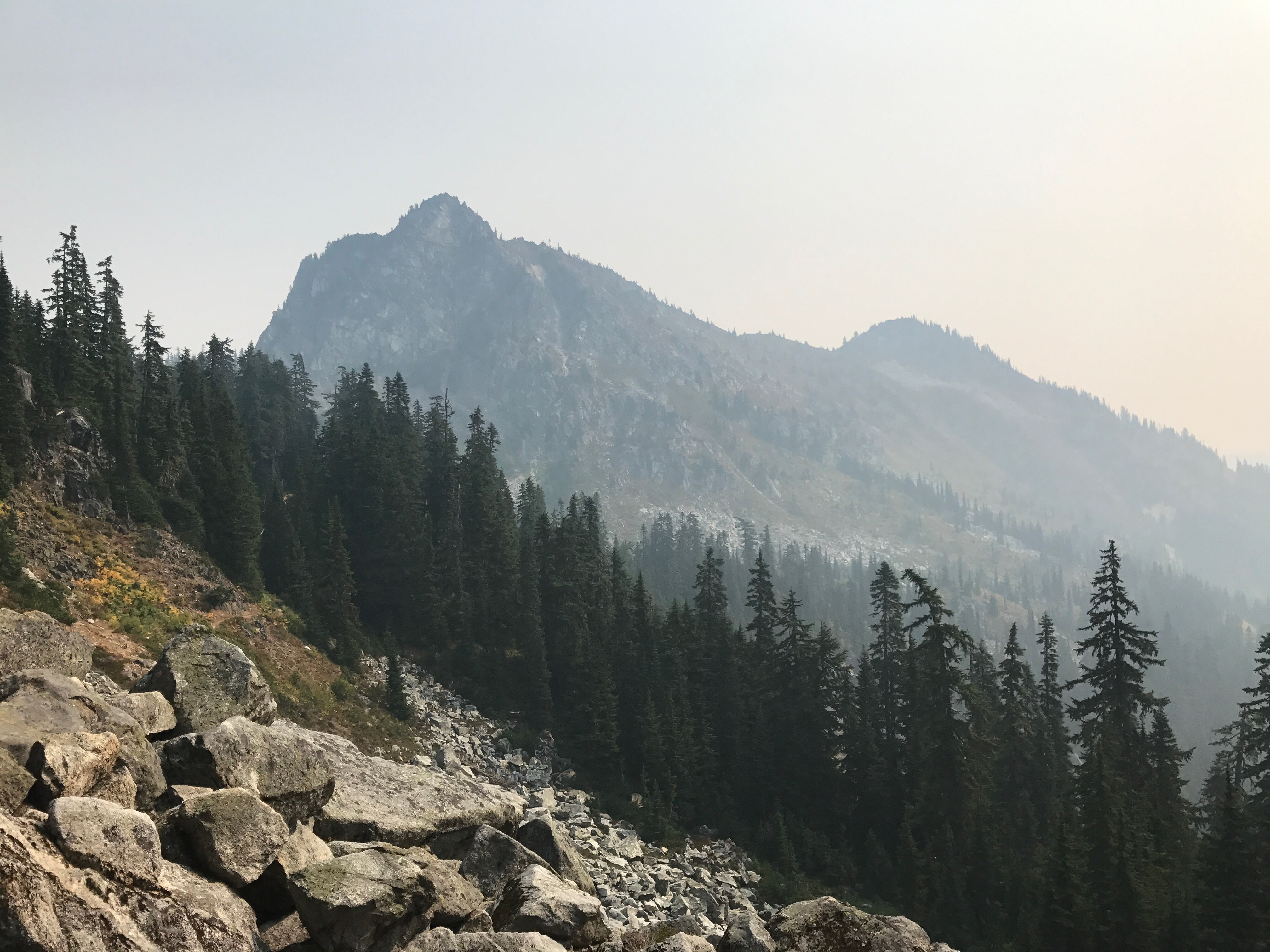 Today’s hike took me past another section of the PCT I had done before. This one near Lake Valhalla. The smoke seemed a bit better than previous days but the views still weren’t great. 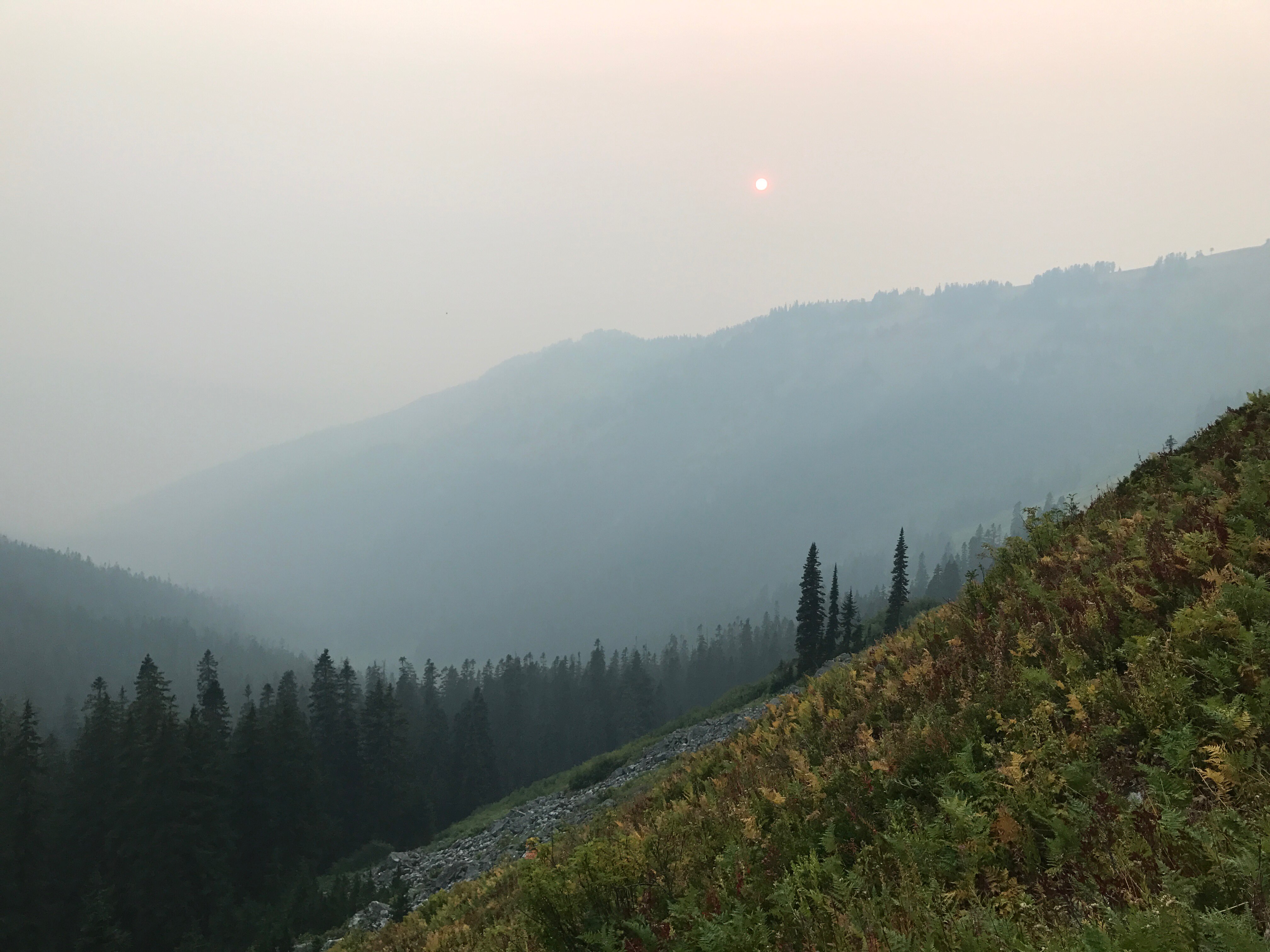 I passed a lot of hikers today. Everyone is slowing down, trying to prolong their hike. I’m speeding up because I’m terrified that a fire near the border is going to close the trail.