On my last day in California I met some southbound hikers that mentioned Mica Lake. Since then I’ve been looking forward to it. It was 30 miles from my campsite and almost 10,000 feet of climbing to get there. So I got going just before 6 to try and make it by a reasonable time.

Today’s hike took me into the Glacier Peak Wilderness and around Glacier Peak. I walked through huge glacially carved valleys and descended into thick woods. There was water running all over the place, much of it thick with glacial flour from the grinding glaciers above me.

There were many rivers and streams to cross today. Most had bridges, but this was the most interesting.

It broke at some point and the water was rushing over the middle when I crossed. Nothing scary, but kinda weird.

After crossing the bridge, I had to climb up and up and up to get over to the next valley, where Mica Lake was. There were some great views of Glacier Peak. It’s way more rugged looking than the other Washington volcanoes. 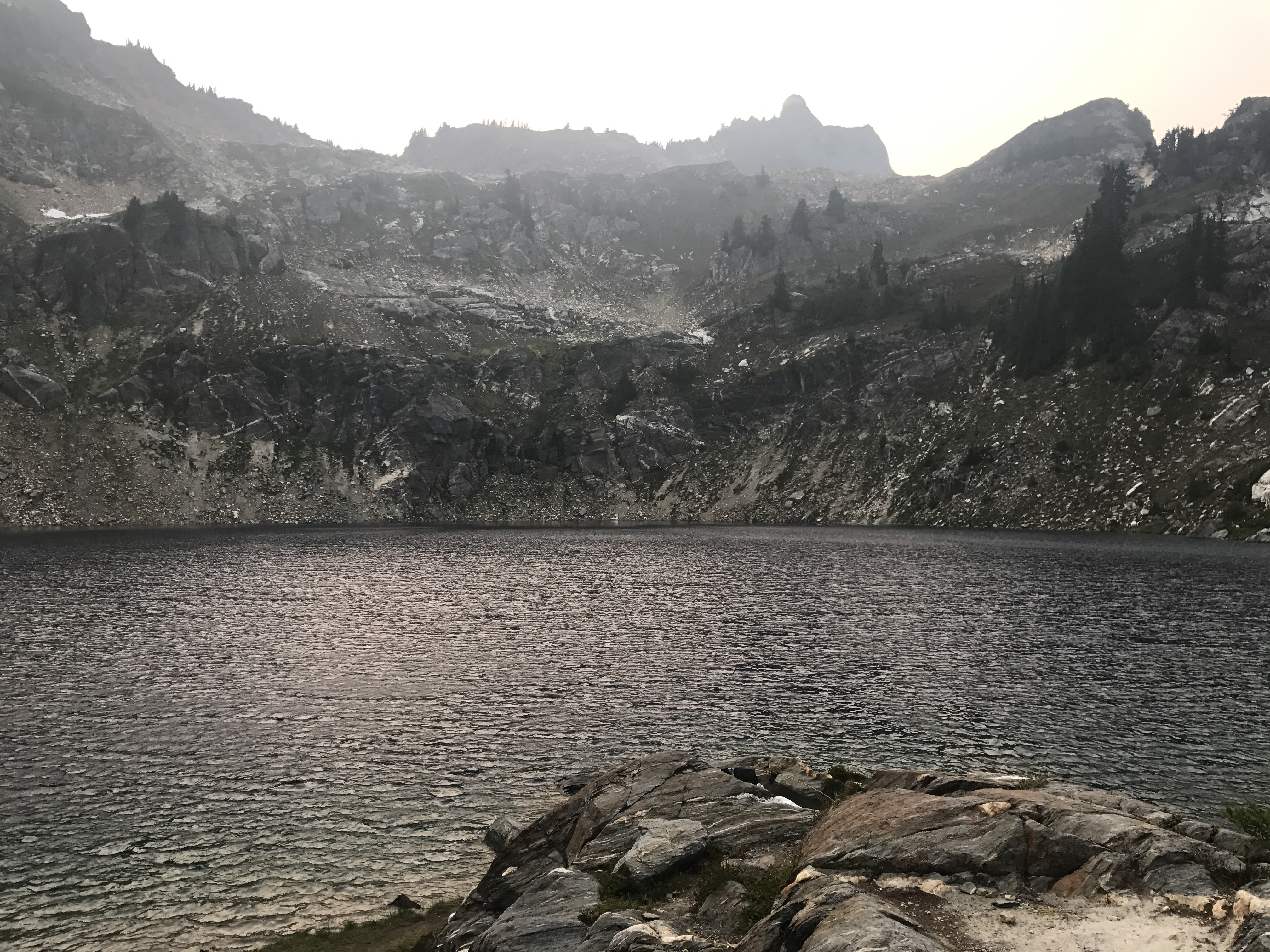 I made it to the lake around 6:00 and was planning on cooking dinner and getting a few more miles in. It was pretty cold and windy, so I took some pictures and enjoyed the view before heading on. Even with the haze, it was a beautiful place.

When I got to my planned campsite, Milk Creek, I found that all the sites were taken. It was almost dark and I was exhausted from hiking 35 miles. My guide said there was another site in about a mile where the PCT meets up with an old abandoned trail that used to be the PCT.

I’m not sure why the trail was abandoned but it seems like maybe a bridge washed out and they just connected another trail back to the PCT at a different bridge. I had to go downhill about 100 feet and then uphill a few hundred more, just to get close to the creek I just crossed. It was really frustrating.

Luckily, that next campsite wasn’t full and it even has a pit toilet. There are two other guys here who had the same problem I did. At least it makes tomorrow a little easier.